Adidas has a reputation for creating athletic wear and tennis shoes that are both comfortable and functional. Two of their popular lines, Climalite and Climacool, are both designed to help regulate your body temperature and moisture while you’re active. But what’s the difference between Adidas Climalite vs. Cllimacool?

If you’re trying to decide between these two fabrics, how do you know which one to choose? Is one of them better for the other? In this article, I’ll explain the difference between Climalite and Climacool so that you can decide which one is right for you. 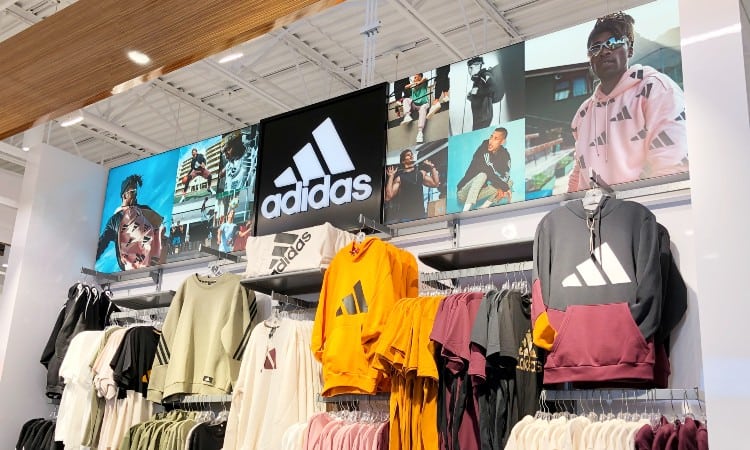 What is Adidas Climalite? 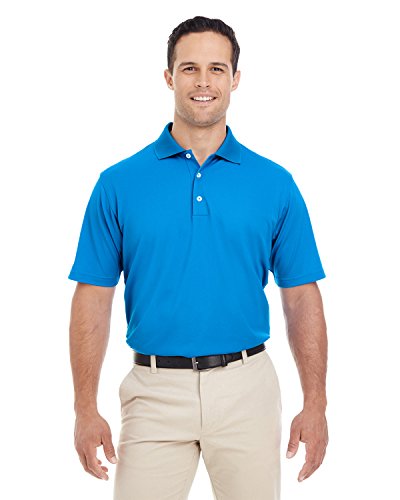 Climalite is a type of fabric specially designed by Adidas to drain sweat away from the body when working out or training.

The fabric is used in many different types of Adidas clothing, including pants, shirts, sports bras, and even shoes.

Climalite fabric is made using a mix of cotton and synthetic fabric, but some garments made with Climalite are also treated with a hydrophilic coating. This coating helps to further pull sweat away from the body, absorbing it into the fabric. Climalite is designed to be worn in hot weather.

What is Adidas Climacool? 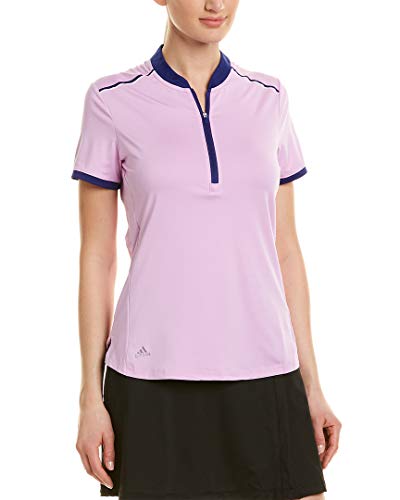 Climacool clothing by Adidas is made with a type of synthetic technical fabric capable of micro ventilation, which means that the fabric is breathable and moisture-wicking. It is used pants, shorts, shirts, sports bras, and shoes.

This fabric provides both moisture and temperature control and it is designed to help keep you cool no matter what type of workout, training, or athletic event you’re participating in.

It’s designed to be worn in hot weather, especially for outdoor athletic activities.

This table provides you with a quick look at the similarities and differences between Climalite and Climacool fabrics based on characteristics that you might be considering when deciding which one to choose.

What’s the Difference Between Climalite and Climacool? 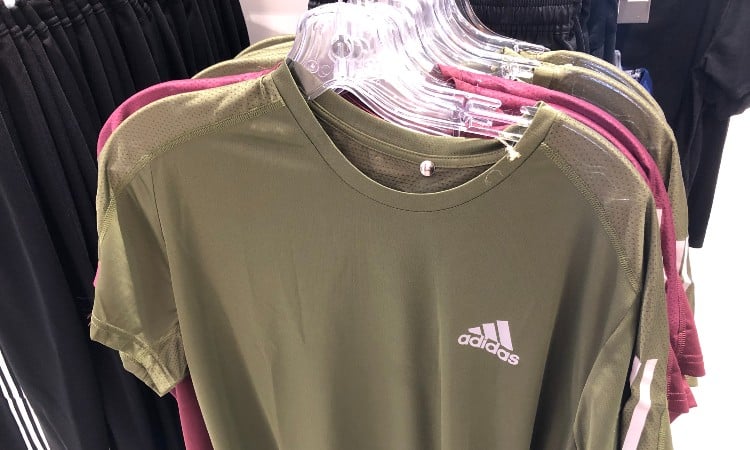 Now that you’ve seen an overview of the characteristics, similarities, and differences between these two fabrics, let’s look at each characteristic in more detail.

The type of fabric each of these types of clothing is made of is one of the biggest differences between the two. Climate is made with two different layers of fabric. The outer layer is made of cotton, while the inner layer is made of synthetic fabric, usually polyester. The fabric may or may not be coated with a hydrophilic layer that draws more sweat.

Both Climalite and Climacool clothing are very functional, so they are made with two very specific types of fabric. Climalite’s function is to keep the body cool by draining sweat away from it. It does this by drawing the sweat toward the synthetic fabric, which is touching the skin. If the fabric is coated with a hydrophilic layer, it draws even more sweat toward the fabric. The sweat passes through the synthetic layer to the cotton layer (which is more absorbent), evaporating from the fabric. This helps keep the part of the fabric touching the skin cool and dry for added comfort.

The function of Climacool is also to keep the body cool, but it does so in a different way. Climacool works by being extremely breathable due to the tiny pores all over the surface of the fabric. The pores increase ventilation and allow air to flow more freely between the fibers and between the fabric and your body. Extra ventilation helps moisture to dry quicker as well.

Both Climalite and Climacool have to be somewhat breathable since they are designed to control sweat and help keep you cool. However, it’s important to remember that Climate is made with two layers of fabric, so it will not be quite as breathable. The cotton layer will also be more breathable than the synthetic layer.

The texture of both of these fabrics is a bit different as well. Climalite has a softer texture, especially on the outside surface of the fabric. This is because it is made with cotton, which is a natural fabric. The synthetic fabric that makes up the inside layer is smooth and feels cool against the skin, but it isn’t as soft as the outer layer.

The texture of Climacool is smooth, but it isn’t as soft as Climalite. This is because it is made only of synthetic technical fabric, which can sometimes be a bit stiffer depending on the exact type of fiber used to make the clothing. However, since the fabric is super breathable and has added ventilation, the fabric still feels cool against the skin.

Another factor you may want to consider when deciding between these two fabrics is odor resistance. After all, sweat can produce quite the odor, especially on really hot days. Climalite fabric is the more odor-resistant of the two as the fabric helps prevent the growth of odor-causing bacteria. Being made partly of cotton helps with this also.

Climacool fabric isn’t necessarily designed to prevent odors because the idea is that it is so breathable that it reduces sweating. Because of this and the fact that Climacool is made solely of synthetic fabric, it likely isn’t as odor-resistant as Climalite.

Climacool is moisture-wicking due to how breathable it is, as it allows the moisture to evaporate quickly due to the increased airflow. However, because it is made with only one layer of fabric, it can absorb the sweat somewhat, especially if there’s a lot of sweat. It can leave the clothing feeling sticky if more sweat is absorbed than can be evaporated.

Climalite and Climacool are both easy to care for. You generally don’t have to take any special precautions with washing them, although the exact washing instructions will vary based on the type of garment. In general, you want to make sure that you avoid using hot water in the washer and high heat in the dryer. Heat can damage synthetic fabrics and shrink cotton.

It’s best to use cool or cold water to wash both fabrics and dry them using low heat. Avoid using bleach, as it can cause damage. Due to the nature of the fabric, Climalite and Climacool shouldn’t have to be ironed either as they are fairly water-resistant.

Most of the clothing made by Adidas tends to be affordable, which is why it is so popular. With that being said, garments made from Climalite and Climacool are both affordable, but the actual price just depends on the type of clothing.

Adidas uses Climalite for all types of clothing. Some of the clothes they sell using Climalite fabric include track pants, tights, shorts, jackets, t-shirts, sports bras, and shoes. Climate fabric seems to be geared toward clothing that can be worn outdoors and indoors for training purposes, running, or working out.

Climacool is used for various clothing as well, including running tights, socks, sports bras, caps, skirts and dresses, and polo shirts. Climacool fabric seems geared specifically for outdoor sports such as tennis and golf due to the types of garments made out of it.

Pros and Cons of Climalite 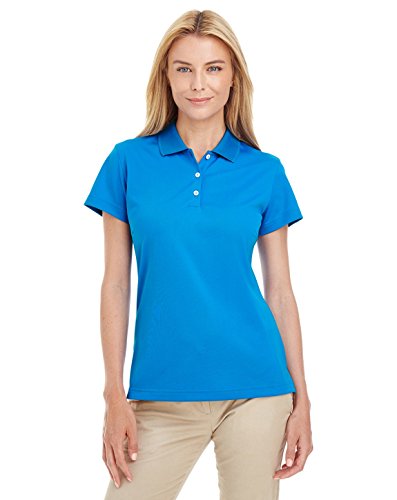 Now that you know the characteristics of Climalite let’s look at the pros and cons of it compared to Climacool. Of the two fabrics, Climalite is moisture-wicking and more resistant to odors since it’s designed to pull sweat away from the body. It’s also softer than Climacool due to being made with cotton.

One of the downsides of Climalite is that it can’t tolerate high heat when caring for it, as heat could damage the fabric.

The other downside is that it seems more suitable for training purposes for sports such as track, basketball, and soccer, but it may not be suitable for all types of athletic activities.

Pros and Cons of Climacool 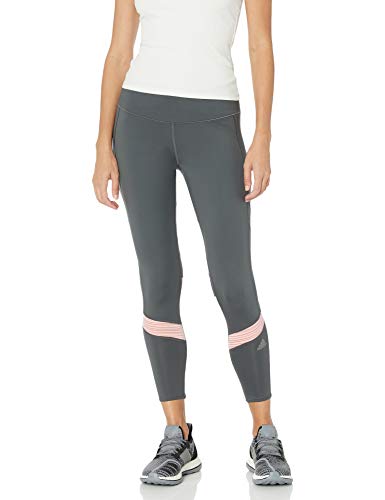 The pros of Climacool in comparison to Climalite is that Climacool fabric is a bit thinner since it is only made with one layer of fabric. It’s also breathable due to having increased ventilation, so it keeps the body cooler than Climalite does.

However, two of the downsides to Climacool is that it may not be as odor-resistant or moisture-wicking as Climalite, depending on how much you sweat.

It’s also a bit more expensive and suitable for specific sports such as golf or tennis, so again, it may not be suitable for all athletic activities.

What Is Better Climalite or Climacool?

Whether Climalite or Climacool is better just depends on your personal preference and what type of activity you’re going to be wearing the clothing for. For example, if you tend to sweat a lot, then Climalite might be the better choice since it is designed to draw sweat away from the body. But if the sport you play generally takes place outside when it’s warmer, such as golf or tennis, then you may want something a little more breathable, and then Climacool would be the better choice.

Whichever one you choose, I hope this guide to the two fabrics made deciding between them much easier. If you enjoyed it or know someone else who could benefit from it, be sure to share it with them, and feel free to leave a comment as well. Thanks for reading!